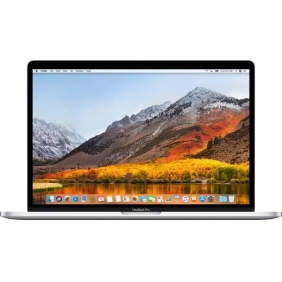 13.3" Retina IPS Display
With four times as many pixels as an HD display, the 13.3" Retina IPS Display provides up to 48 percent more color than the previous generation. The Retina Display has a 2560 x 1600 screen resolution and a 16:10 aspect ratio for 227 pixels per inch (ppi). The display glass goes right to the edge of the screen, making the bezels 50 percent thinner than before.
Touch ID
The advanced security and convenience of Touch ID is built into the MacBook Air. Simply place your finger on the integrated Touch ID sensor and your MacBook Air unlocks. Use your fingerprint to immediately access locked documents, notes, and system settings. You can also use Apple Pay securely during checkout while online shopping. No need to enter shipping or billing info, and your card details are never shared.
Apple T2 Security Chip
Introducing the Apple T2 chip, a second‑generation custom Mac silicon designed by Apple to make MacBook Air even more secure. The Apple T2 chip includes a Secure Enclave coprocessor that provides the foundation for secure boot and encrypted storage capabilities. It also consolidates many discrete controllers, including the system management controller, audio controller, and SSD controller, into one. And the Apple T2 chip brings a familiar voice to MacBook Air - Hey Siri is always ready to open apps, find documents, play music, or answer your questions.
Performance
The MacBook Air features an 8th Gen 1.6 GHz Intel Core i5 dual-core processor. It also has 8 of onboard 2133 MHz LPDDR3 RAM and a 256GB PCIe-based SSD.
Keyboard
The keyboard features the butterfly mechanism, which provides four times more key stability than a traditional scissor mechanism, and has greater comfort and responsiveness. And individual LED-backlit keys with an ambient light sensor help you type in low-light environments.
Force Touch Trackpad
The Force Touch trackpad lets you interact with your MacBook Air in a variety of ways based on subtle differences in pressure. You have precise control and a uniform response — no matter where you click the trackpad — as well as plenty of room for Multi-Touch gestures, like pinch and zoom.
Thunderbolt 3
Thunderbolt 3 is a hardware interface that utilizes the reversible USB Type-C connector. Doubling the speed of its predecessor, Thunderbolt 3 features a maximum throughput of 40 Gb/s when used with compatible devices. The connector also transmits data via USB 3.1 at up to 10 Gb/s, and dual-bandwidth DisplayPort 1.2 allows you to connect up to two 4K displays simultaneously. Additionally, you can daisy chain up to six devices from a single Thunderbolt 3 port.
Stereo Speakers
The improved stereo speakers features twice the bass with greater range and has 25 percent more volume than the previous generation. The wider stereo sound creates immersive audio when you're listening to music or watching a movie.
FaceTime HD Camera
The front-facing HD camera allows you to FaceTime with friends and family in HD quality for either one-on-one or group calls. The three integrated microphones form an array that can accurately capture your voice for FaceTime calls, as well as dictation and talking to Siri.
Materials
The MacBook Air is the first Mac to be made of 100% recycled aluminum. The aluminum alloy was created by Apple and it delivers the same strength, durability, and finish — without having to mine any new aluminum from the earth for up to 47% lower carbon emissions compared to the previous generation. It's designed to use shavings of recaptured aluminum that are re-engineered down to the atomic level.
macOS Mojave
macOS Mojave features a Dark Mode that transforms your desktop with a redesign that allows you to focus on your content. The Stacks feature organizes messy desktops by automatically stacking files into neat groups. Familiar iOS apps, including News, Stocks, Voice Memos, and Home, are now available on the Mac. FaceTime now supports group calling and the Mac App Store got a complete redesign, featuring rich editorial content and the addition of apps from top developers, including Microsoft and Adobe
Selling Leads Detail
Company Info
Basic Company Information

Saleholy.com,Located in ShenZhen,next to one of the world's fastest-growing area-HK. We have stable purchase channels that can provide over 5,000 kinds of consumer products.Our company cooperate Brand Electronics including Apple,Huawei,Sony,Samsung,Canon and so on in China from now on,We have cooperatewe are dedicated to providing competitive price and good quality to customers .Helping customer to find the suitable products at favorite price is our spirit. We will export the More Cheap Brand Electronics to All over the world later.